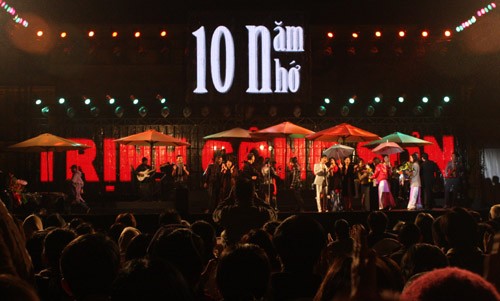 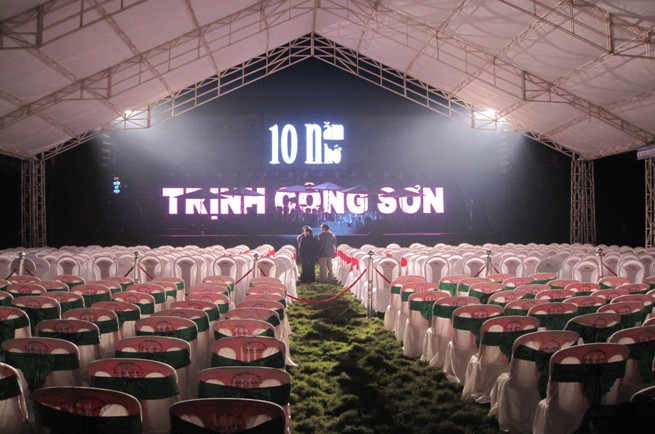 "10 years of memorizing Trinh Cong Son" with the participation of many famous artists such as: Saxophone Tran Manh Tuan, My Linh, Cam Van, Uyen Linh, Lan Nha, Duc Tuan...17 Jazz songs and lyric music has played made a thousand of hearts direct toward something very sacred. In the middle of the vast space, between the ancient temples, people were silent in memory of a son of the ancient capital.